For millennia, man has been harnessing the power of water as the world’s first sustainable energy source.  Southeast Alaska has been called the “Saudi Arabia of Hydropower”. Our rainforest and weather pattern certainly lends support that we are blessed to live in the Tongass rainforest where we can work, play, live and support our families in a sustainable manner based on hydropower as our primary energy source. The Sweetheart Lake Hydroelectric Facility is a state-of-the-art lake-tap design hydropower facility that converts the power of water gravity into electricity.  Aside from the multiple innovations employed at the Sweetheart facility, the facility produces storage hydropower. That means that the facility provides Juneau when it needs it the most allowing the stored water to be drawn down as needed in concert with nature.

The result of this natural resiliency is that there is a constant and predictable supply of electricity to provide energy and warmth for Juneau’s economy and homes.

An Ideal Hydropower Location Identified Over a Century Ago 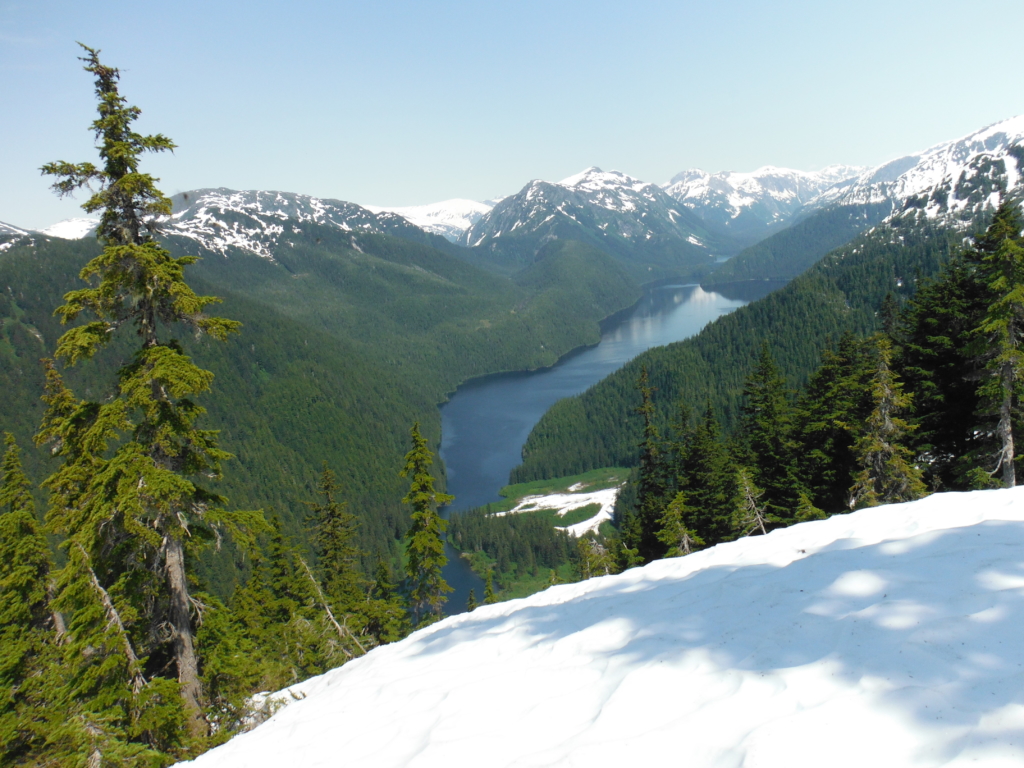 Over the last century many hydrological and hydropower developments have been conducted on Sweetheart Lake. These studies have assisted Juneau Hydropower in optimally developing the Sweetheart Lake hydropower resource in the most environmentally conscientious and cost effective manner. The timing is right to construct the Sweetheart Lake Hydroelectric Facility to provide electrical power to meet the needs of Juneau’s growing economy, to fuel the transformation of electrical transportation and to provide Juneau the electrical capacity needed to displace fossil fuel heating.

Our Sweetheart Lake development blueprint was based on over 40 years of hydrological data to painstakingly design hydropower operational parameters based on the lowest flow water years on record so that we can reliably produce electricity for Juneau in even in driest of year. Even though our design will allow for continued operation in low flow years, studies published by the University of Alaska, Fairbanks, predict that Southeast Alaska’s future climate is going to be warmer and wetter. This means that if the scientists predictions come to pass that even more energy will be available than planned.

Juneau Hydropower, in conjunction with many local environmental scientists, conducted extensive environmental studies from 2010 to present. Juneau Hydropower engaged a development philosophy of enhancing the environment, harmonizing with the environment and then avoiding impacts, minimizing impacts, and mitigation as a last resort. In this manner, Juneau Hydropower held its development to a higher environmental standard than what is required seeking to enhance wherever possible. This philosophy led Juneau Hydropower to develop the project without a road (no road in a roadless area) to the dam site by utilizing the water tunnel as a material and equipment access to the lake; bury power lines to avoid avian power strikes in a waterfowl flyway; to create a 25 foot high mound around the powerhouse to limit sound and light emitting from the power house into the surrounding environment, improving and enhancing native and stocked fisheries, and completely burying the penstock to ensure that it does not block or limit wildlife access or travel to adjacent habitats as well as many smaller improvements.

These in depth studies were based on scoping meetings with federal, state and local agencies along with extensive public input. Juneau Hydropower is credited with being one of the few hydropower developments to not only provide detailed transcripts of all meetings, but also publish and post videos of all public meetings so that individuals could review statements and monitor the public process, even if they could not attend the meetings in person. The multi-year, development study process required input and collaboration with over two dozen Federal, state, tribal, and local governmental agencies and divisions within agencies. Additionally, public participation was encouraged and incorporated throughout the study process. Our detailed license application included an Environmental Impact Statement submission with over 3116 pages of material. It also contained 25 environmental plans detailing how the Sweetheart Lake Hydroelectric Facility will execute specific conditions and recommendations provided by agency and public input.

A timeline of the entire licensing process is shown below.